THE BOLSHOI COULDN’T MAKE IT Nov ’08

BONDI BEACH AUSTRALIA, MARCH. 1966 I’m in the surf filming Will Rushton, an English comedian. He starred in the BBC’s That Was The Week That Was and in the feature film Those Magnificent Men In Their Flying Machines.

Today he’s Captain Cook discovering Australia. He staggers out of the water and discovers a beach full of tanned Aussies.

“Beads, pictures of the queen, you native Johnnies?”

We’re making a weekly national TV show called Do Not Adjust Your Set, There Is A Fault In The Program. The crew: me, Rosemary (my assistant), Megan (casting and props) and Bob (assistant editor).

MONDAY
We meet at Will’s place. There is no script, only random ideas.

Will: “We build a machine called an Orgasmatron and I take Arlene inside.”

Me: “We can’t build anything in two days. Anyhow, Woody Allen’s done that!”

Will: “I’m a concert pianist but the piano is a paper roll Pianola — I bow to the audience and then work the pedals.”

Me: “Megan, find a Pianola for Tuesday.”

Will: “I sing a song about imaginary pink elephants and I’m riding one… a real one.”

Me: “Offer a screen credit — no money. Make it Wednesday morning, 9:00, Dee Why beach near the lagoon.”

Will: “The Bolshoi Ballet is dancing Swan Lake. I’m a big game hunter and I dance on stage with a shotgun — I take aim and shoot a swan. She dies balletically — you know lots of twirls and then splat. I play rock ‘n’ roll. The Bolshoi is dancing to rock ‘n’ roll.”

Tempting to say, “NO CAN DO,” but it’s just as crazy as last week’s shoot — a remake of Lawrence of Arabia in a photobooth.

Megan’s friends, dressed as Arabs, run in and out of a double-sided photobooth. Will is Austrian director Erich von Stroheim. He inserts coins into the photobooth and detonates a charge. A brilliant white flash and the booth disappears in clouds of smoke. Cut to the train blowing up sequence from David Lean’s classic.

Wounded Arabs stumble out of the photobooth. We leave quickly.

WEDNESDAY. Megan is waiting for us on the beach at Dee Why with a small elephant. Drive to a Keith’s house in nearby Frenchs Forest. He has a Weber Pianola piano. Shoot that.

Megan tells Will the bad news. “The Bolshoi couldn’t make it, but we’ve got Warwick’s girlfriend, Shirley. She dances on Bandstand. I couldn’t get a hall and Channel 9’s studio is booked.”

Me: “We’ll use Lane Cove National Park. Rosemary, can you collect the dancers? I’ll meet you all at 3:30, that will give us two hours before sunset.”

THURSDAY & FRIDAY. Bob and I edit the seven film clips. I had shot the ballet in order, making today’s editing easy — just sync up and cut in the hunter shots. 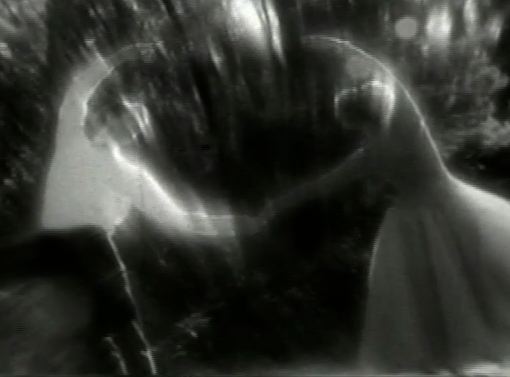 Warwick’s girlfriend, Shirley, and her dancing partner fill in for the absent Bolshoi.

SATURDAY & SUNDAY. Saturday, go to Channel 9 where we have a live studio audience. We have a one-hour “window” when both the play-in telecine and the VR1000 recorder are free. No re-takes.

Sunday — our day off (oh yeah). Monday we meet again.

Will: “I’m driving a car giving an interview to a reporter in the backseat. I can’t see where I’m going.”

You can see what happened to the Bolshoi Ballet here.