NO INVASION OF NORMANDY TODAY Dec ’08

This week I ordered a Sock-Loupe from Hood Pro (http://www.hood-pro.com/). The copy says a “fully rigid loupe” can be adjusted to have a “minor droop.” 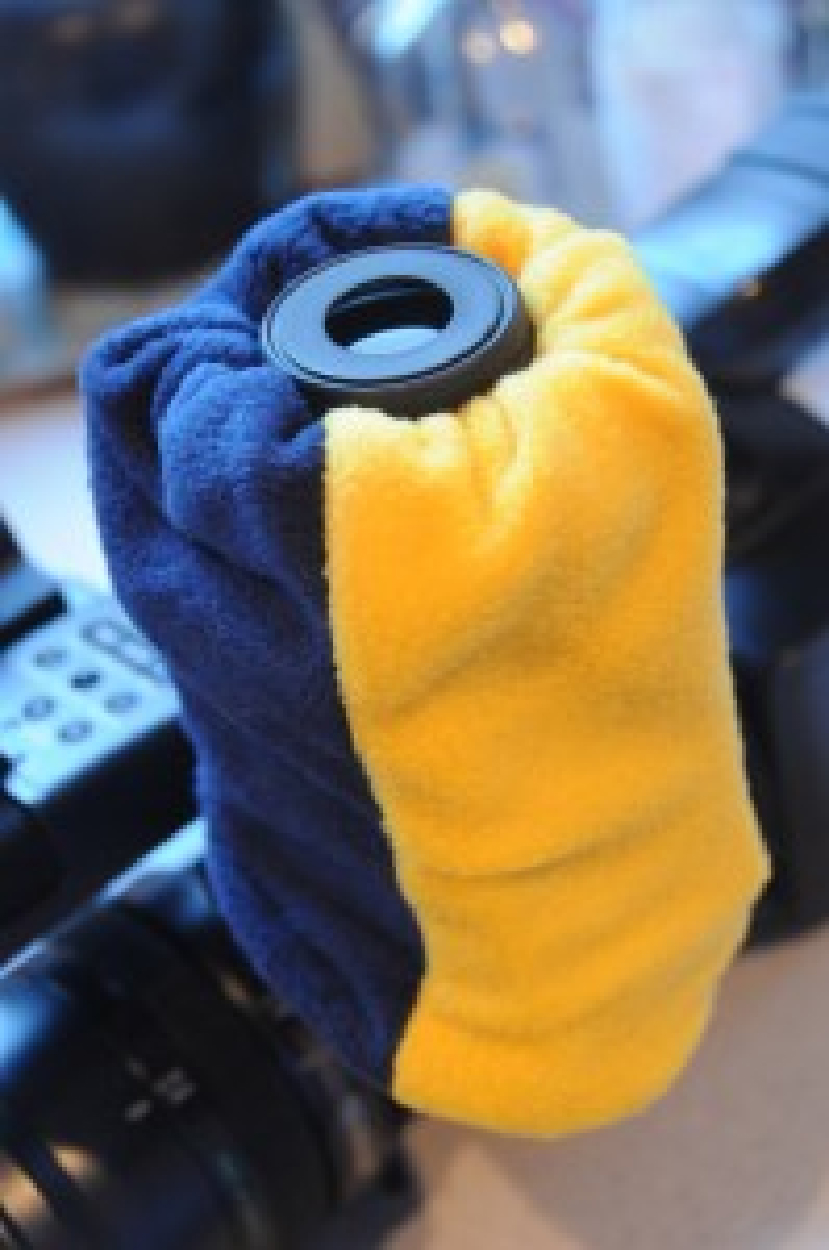 I pay by Paypal and within minutes receive an email from the inventor, Mike Stevens.

“It was great to see an order from you as I am an avid reader of your little stories of weird shoots.”

Always nice to get feedback but “little stories of weird shoots.”

My life’s work summed up as little and weird. Great – email, Mike. I’ll just go and shoot myself.

SOHO LONDON 1998. I’m on-lining a one hour program about the World Bank.
In walks my client Peter Delfgou and his distributor, Alan – plus – well let’s call him Jerry. They pull up three chairs.

Turns out that Spielberg is shooting “Saving Private Ryan” on Curracloe Beach in Ireland. Jerry’s mother lives in nearby Wexford and his friend, Pat, knows everyone in the local village near the beach. Hey, they’re ALL going to be in the movie. The village is being taken over by Hollywood. The local postman is going to man a German machine gun. The baker is a US infantry soldier. 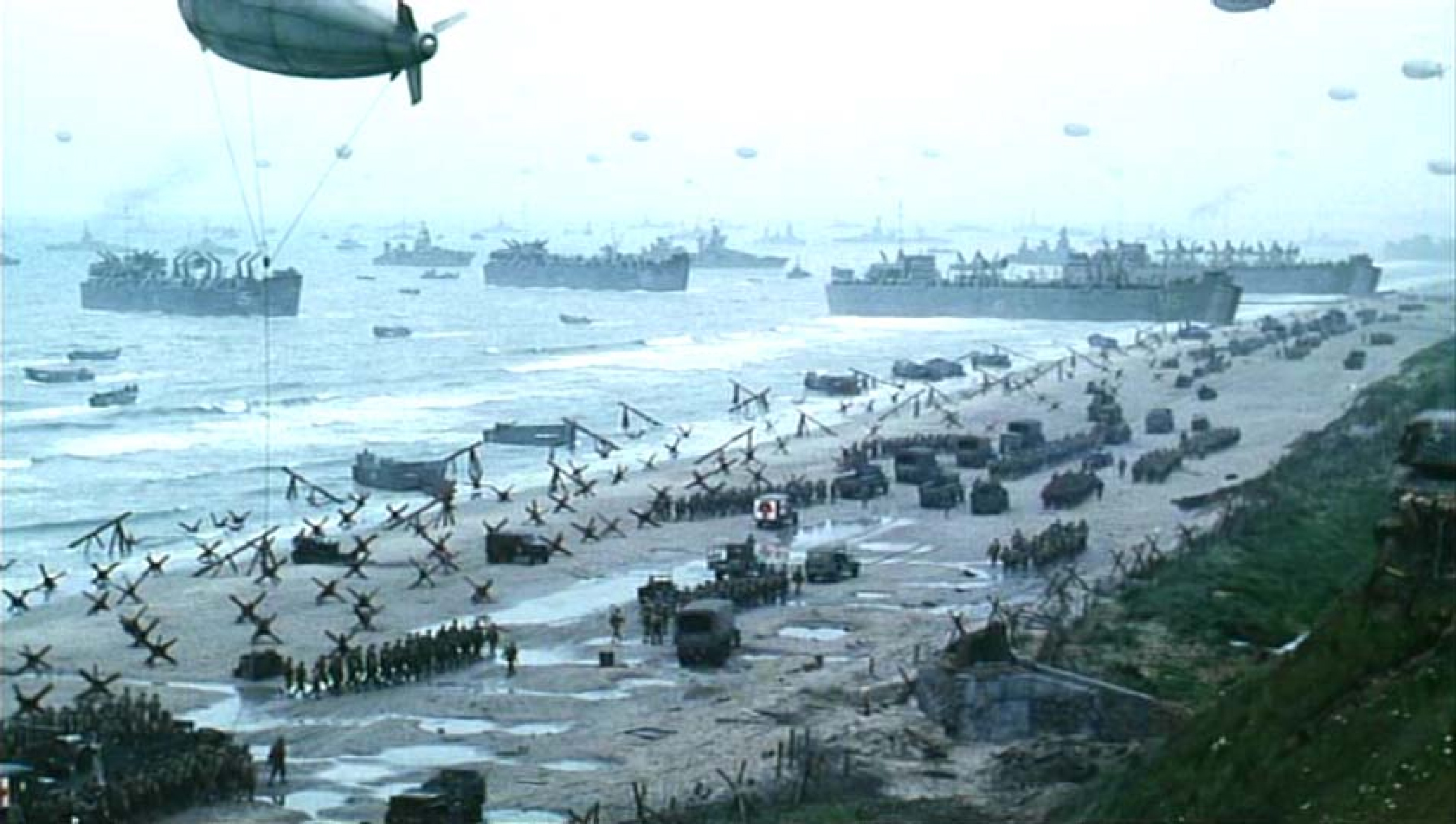 The Curracloe Beach I never saw.

Alan says he’ll finance it. Peter is keen for me to do it. Jerry says, “You can shoot the invasion of Normandy from the beach. It’s a public beach. You can film anything from public property!”

I’m a cynic from way back. Nah, this isn’t going to happen. “Stefan, Jerry knows everyone in the village. Hollywood takes over small Irish village. Spielberg’s is shooting the invasion this weekend. You’ve got to go.”

Only a day later my good client Murray Withers phones, “Can you do a shoot next week in Ireland of an automated warehouse?” That settles it; I’ll go to Ireland on Friday with Jerry, shoot the invasion of Normandy over the weekend, then drive north to the Murray’s warehouse.

FRIDAY. Jerry drives me to Fishguard in Wales. We catch the car ferry to Ireland. It is a very rough crossing. Our fellow travelers are very, very drunk. A fight breaks out. We stay overnight at Jerry’s mother’s place.

SATURDAY MORNING. Jerry takes me to his friend Pat’s beach restaurant. It’s empty. We wait. I have a Sony PD150, a tripod and a Sennheiser rifle mike. Eventually Pat turns up. He has a pirated “Saving Private Ryan” production handbook. It’s as big as a phone directory. Details of where and when plus diagrams of how the cast will change into their costumes. It turns out that none of the local villagers is in the movie. In fact the military cast is the same soldiers who were in “Braveheart”.

We walk to Curracloe Beach. It’s a long beach, now surrounded by a high wire fence, security guards both inside and out. 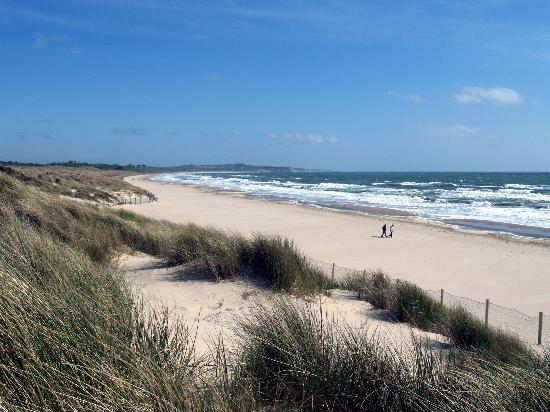 Pat thinks the real action may be on the far end of the beach. He has a brilliant idea: at night, we sneak through a hole in the wire and hide in the dunes.

PLAN B. We go back to the local town. My English cell won’t work in Ireland. I find a pay phone.

“Peter, it’s a disaster. The townsfolk aren’t involved in the movie and the beach is sealed off, top to bottom.”

Just then Jerry appears. “Stefan, win some, lose some but since you’re here, let’s make a program about music in Irish pubs.”

I know when I’m beaten. We spend the night pub crawling. I film it all – one mike, no lights, no releases. Everyone is singing and dancing. The Irish know how enjoy themselves. Great fun. Is it saleable footage? Of course not!

I MAKE MY ESCAPE. Monday. It’s raining. I drive north. Half the road signs are in miles – the other half in kilometers. I shoot the automated warehouse in the pouring rain. For stock, I re-use the Irish pub tapes.

Jerry and Pat sneak onto “Omaha” beach and are quietly led away.