THE DOG STAYS INTO THE PICTURE Jun ’07

May 1970, South of France. Tricia and I are driving down to Le Lavandou to shoot a 16 mm film for Mobil Europe.

They are planning to announce a new concept in gasoline merchandising. The idea is that you get a Mobil VIP sticker for your car, which makes you a Very Important Person. My client, John Hewer, has written a script that features a little man who dreams of being important and finally becomes so with—you guessed it—a Mobil VIP sticker.

Monday, Le Lavandou on the coast. We meet up with Mr. Big from Mobil Europe—he who writes le grand chéque. I have reworked John’s script. Threw in a few random frustrations: a blind man who appears out of nowhere to block Mr. Everyman, a parking attendant with a moveable parking meter, a dog that runs under the car and won’t budge.

Tuesday. We film around Le Lavandou—the blind man, the meter man. Mr. E. drives into a nondescript gas station and a rude attendant wheels the petrol pump away. Mr. Big wonders when I’m going to shoot the sequence with the dog. 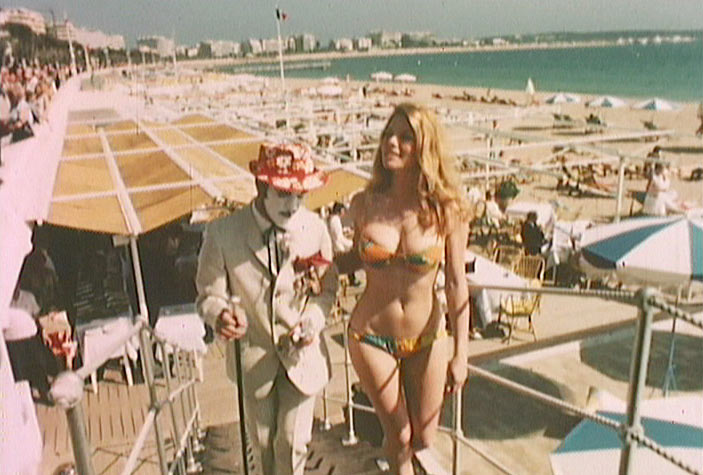 Tricia plays a bikini starlet on the plage of the Carlton hotel. Mr. E. in a dream sequence imagines he's her escort.

Wednesday. We drive up the coast to Cannes, where the film festival is about to start. Tricia plays a bikini starlet on the plage of the Carlton hotel. Mr. E. in a dream sequence imagines he’s her escort. He thinks he’s a VIP. Wrong. He needs a sticker.

Mr. Big is happy and takes us out to an eight-course Menu Gastronomique.

“You film the dog tomorrow?”

“I was thinking that with the blind man coming and going, the dog is really the same joke. I don’t think we need the dog.”

“No, no. People love animals, not blind men. Cut the blind man, leave in the dog.”

I’m stuck. He’s serious. The dog stays in the picture.

Friday. We move on to our last location.

“Now we film the dog, Stefan?”

We are back in Le Lavandou. Mr. E is about to drive out and face the hazards of motoring. I look across the road and in the distance see a man and a dog, an Alsatian. I run across the road.

“Stop. I speak English. What do you want?”

“I’m making a little film for a conference and I need a dog to lie down under a car.”

“But how did you know we are here? This is RADAR—THE WONDER DOG. We have a program on French television. Radar is famous. And you didn’t know we were here! This is so funny. Don’t worry, I won’t charge you. C’est mon plaisir. Viens Radar!”

We cross the road. Mr. Big from Mobil can’t believe his eyes.

“You booked RADAR—THE WONDER DOG! What a treat! Stefan, you are a funny man—you had Radar coming all the time and didn’t tell me.” 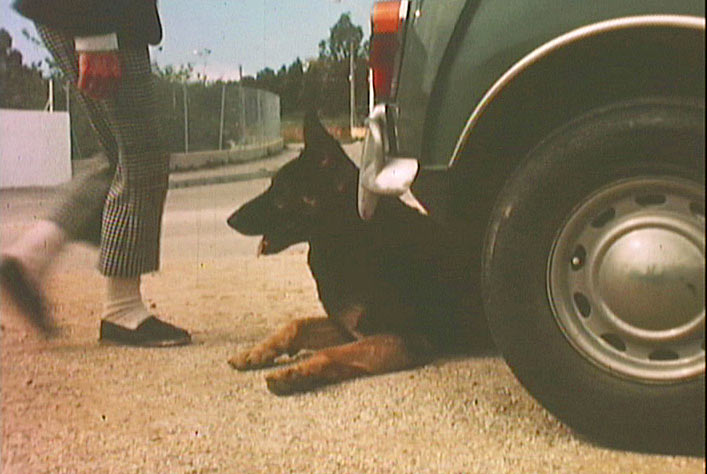 Radar performs as expected for a wonder dog.

Mr. Big and Radar’s owner become instant friends. He stays with us for lunch, and later, another eight-course Menu Gastronomique.

I save a bone for Radar. It’s a dirty job, but someone has to do it.