SYDNEY 1963 I’m working at J. Walter Thompson as an assistant in their TV department. Their on-staff television director is Hans von Adlerstein. Hans speaks, dresses and acts as if he were the German actor-director, Erich von Stroheim. Only the monocle is missing. 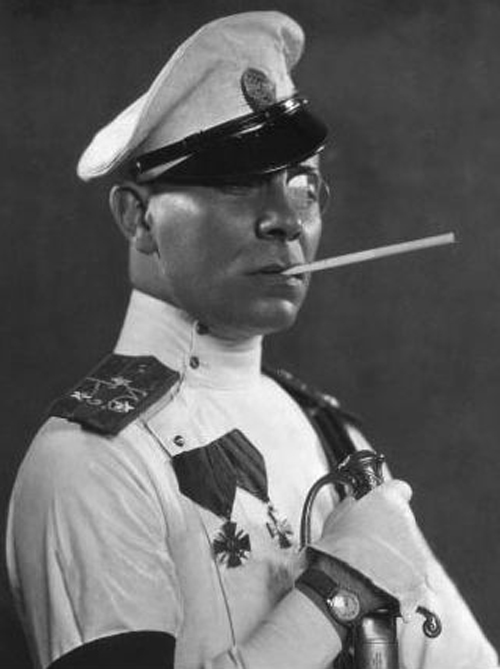 We’re in the preview theater at JWT. Hans has just produced a commercial for Bonds’ nappies; diapers to you. Smiling, laughing babies are crawling everywhere.

The Bonds client is happy.

HANS MAKES A SPEECH. “Thezz commercial was tough. I can direct children and get beeautifool performances but zezz liddle kids you can’t direct them. Zee only way is to shoot a lot of film!”

“How much film did you shoot Hans?” says Mr. Bonds.

“And how much did you use in the commercial, Hans?”

“If we threw away our material like that we’d be out of business. Look at this.” He’s drawing a series of cut out clothes all over the commercial’s storyboard. “We cut out here for one section. Here for another. And even this little bit in between is used. Only 4% is waste and we recycle that. Hans, I’m shocked.”

THE MAN YOU LOVE TO HATE. No longer Hans, he is Erich von Stroheim and he’s up on his feet; obsessed, maniacal, shouting.

George quietly leaves the room and returns with Paul Jacklin, Head of Television. Paul sums up the situation and quickly sides with the man from Bonds. He had no choice.

“It’s very simple.” Paul says to the room, packed with agency account executives, copywriters, and production assistants, “We will make a second commercial for you, no charge. Won’t we Hans?”

“I wasn’t suggesting that you do it Hans. We’ve got just the man for the job. Stefan, it’s yours. You have free rein. See what you can do with Hans’ left overs.”

Gulp. I’m cooked. Make something even half decent and Hans will hate me. Screw up and I’ll look foolish. It’s lose/lose.

CONUMDRUM. What to do? I go through the rolls and rolls of out takes. Hey, they’re funny. A wonderful collection of babies being babies. And there’s a hand in shot, picking up babies who crawl away from the camera, wiping their dribble, dragging them into position. It’s hilarious.

I lift out the funniest shots and write a voice over commentary. My JWT colleague, Jim Edmond, takes my script and a tape recorder home. He gets Matthew, aged two and a half, to mimic single words.

I join up Matthew’s words to make sentences.

“Oops. I’m starting to dribble.” A hand enters frame and wipes away the dribble. “Don’t push me down.” “I’m going to catch a lion. That’s not a lion.” “I’m all by myself with my rattle.”

For a while, my commercial and Hans’ are run on air. Mine creates a huge buzz. 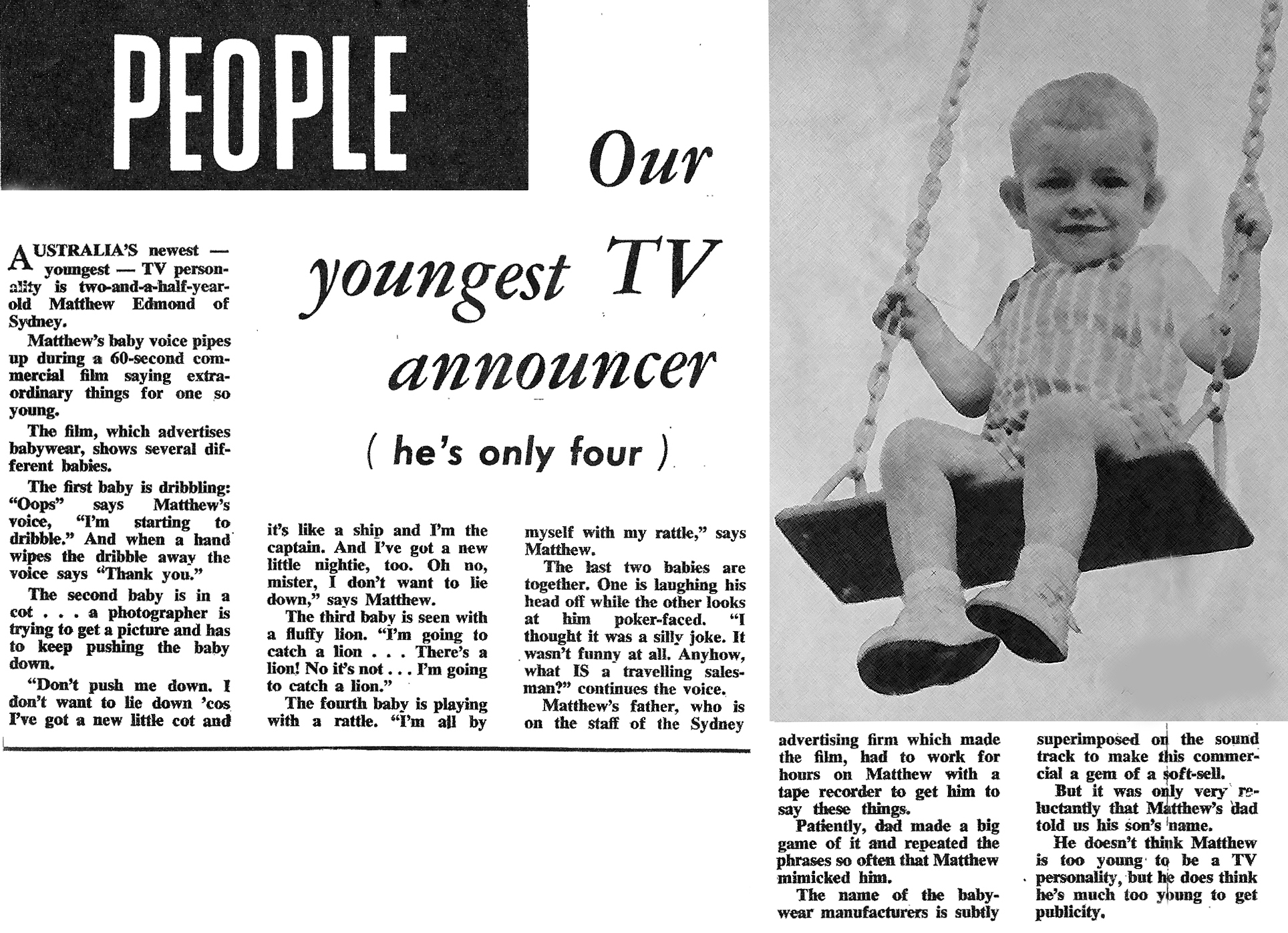 The Australian Women's Weekly run a feature article about my commercial

Hans’ commercial is taken off the air.

Both Hans von A. and his doppelgänger, Erich von S. hate me – so does the copywriter. Paul Jacklin gives me witness protection but the atmosphere is grim. Even George Stephenson goes out of his way to avoid me. Poor Jim Edmond is moved to a smaller office with no window.

I resign and kick start my brilliant career.