OBSOLESCENCE, That’s the Name of the Game!

Here’s a fun game you can all play. It’s called Obsolescence. No $200 on passing GO. More like losing $200 on every dice throw.

Bought an iPhone? You’re in the game — and doing badly. Come July 11, the new model iPhone will be $200 less than you paid for yours and full of great features that you haven’t got. What to do? Upgrade? Or do nothing and sob quietly as your friends show off their new iPhone. Cheer up, their new toy will be out-of-date real soon.

Take heart. There are Obsolescence winners. I’m one. 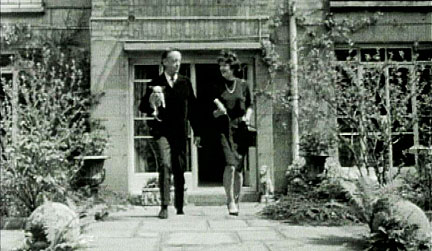 Here’s a frame grab from a 16mm documentary I shot in 1964. Wife #1 is holding a Sennheiser MD421 mike. And, guess what? Here we are in 2008 and it’s still a current model (the mike, not the wife). I bought mine 45 years ago for $50, and, unlike the iPhone, it has shot up in price. Will your iPhone still be working 45 years from now? Or worth more than you paid for it? Silly questions! 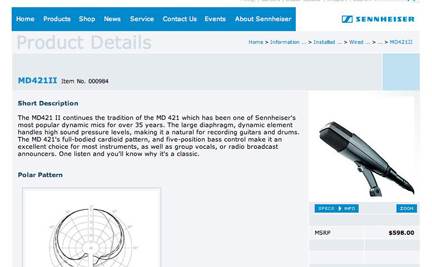 Out of sight is my 1964 Bolex 16mm camera — yep, you can still buy a new Bolex, exactly the same as my ‘64 model. And, again, it’s kept its value and still works. You can even buy the type of film stock I was using 40 years ago.

Your Sony EX1? Imagine it in 45 years. A museum piece.

I move forward three squares in the Obsolescence game. This is fun. I’m a winner! 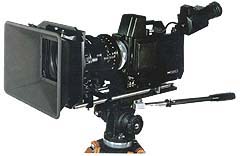 My friend Michael bought two and went bust. Michael, thank you for playing…

Obsolescence — that’s the name of the game!

Here’s a sad story I found on the Web. These guys at Underdog Pictures are shooting an on-spec doc about Wikipedia. Interviews with the Wiki founder, Wiki contributors — that sort of thing. The trailer is here. 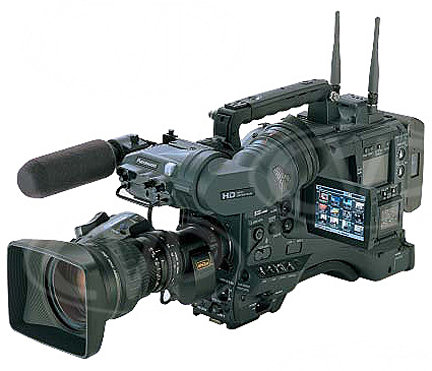 This puppy records using the AVC intra codec at a true 24p. Now they have convert their earlier stuff to the latest and greatest. Suddenly they need more disc space and a soon-to-be-out-date eight-core Mac. Ouch! Back four spaces!

The cautionary tale ends with the producers saying they “hope to show it at the 2009 Toronto Film Festival”. 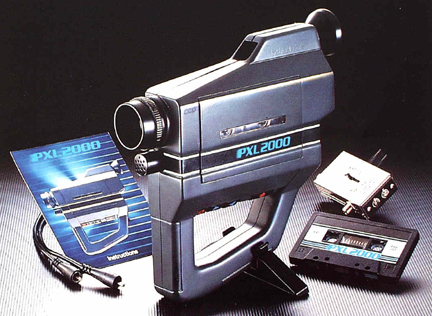 Obsolescence — that’s the name of the game!
And each manufacturer, they play it the same!

At NAB 2007, you bought a Sony HDV V1U. Maybe a B&H Photo show special. Nice camera. Too bad, it’s out-of-date! The new Sony EX1 has a host of features that you don’t have. Upgrade at your peril because as sure as eggs is eggs, come next NAB there’ll be a newer, better version. (Oh, wait, there already is: The EX3!) Go ahead sell your V1 and buy an EX1. Now, move back two squares.

Yikes! That’s twice as many picture elements. Quick, dump the V1 on eBay!

Dazed and confused, I turn to Adam Wilt, the source of all camera knowledge.

I love Adam. He remembers reading a 1986 article of mine called “Buying Obsolescence”. It was published in the Journal of The Royal Television Society, (which no one in the U.S. ever reads). Here’s Adam, 22 years later, quoting my ancient paragraphs over a Las Vegas breakfast at this year’s NAB. Even I had forgotten them. Adam is a Wiltapedia!

Q: Adam, does that mean that the EX1 is TWICE as sharp as the V1?”
A: The V1 and Z7 use diagonally-arrayed CMOS sensors, with either 1440×810 or 960×1080 photosites depending on how you look at it [Sony quotes both sets of numbers interchangeably], which effectively and with some considerable hand waving give you almost the same picture as the 1920×1080 photosites on the EX1/3’s sensors. Practically speaking, the images are 95% as good, with only some slight aliasing artifacts and reduced diagonal resolution to betray the oddball setup. In a side-by-side with a true 1920×1080 camera, I can see the difference IF there’s enough fine detail, carefully placed, to reveal the difference, but in most real-world situations they’re very hard to tell apart. 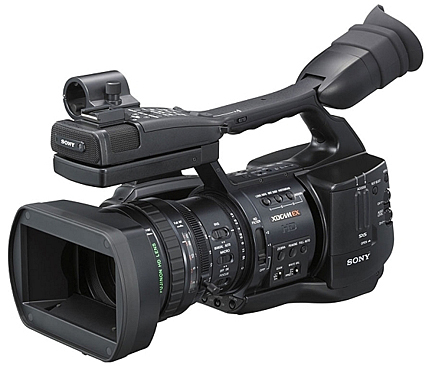 This year’s model, the Sony EX1.

Now the crunch. After spending $8,500 are you really going to be making better looking movies? I doubt it.

My advice is: Do nothing. Sit on your hands. Spend the $8,500 on items that really will improve your videos.

The best way to avoid screw ups (I should know) is with redundant equipment. If a camera has water spilt over it (oh yes, it has happened to me twice) you simply pick up the dry one and carry on shooting.

Then there’s multicam shooting. I do it all the time. Lock one camera off on a wide shot, while with the second camera you shoot tight. Two cameras means you can shoot the subject and the interviewer at the same time. Two V1s will stay frame accurate over an hour — mine do, maybe because they were bought together.

Great. You now have two identical cameras plus $7,000 going begging. And you’re winning in the Obsolescence game. Move up three squares! 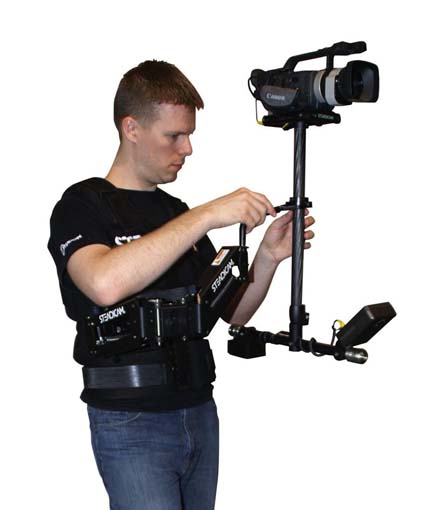 Steadicam’s Pilot. Who left the gumball on the gimbal?

Next, think about ways to get some camera movement. A dolly, a crane and jib — why not a Steadicam Pilot at $3,800? Even better is the new Flyer LE. There’s a great demo by Steadicam inventor Garrett Brown here . You’ve got to see it. The demo has a strange, surreal quality with the faces in the store blurred out — one missed at the end — was the editor getting tired? You’ve got the money to buy the Pilot because you didn’t upgrade. Move up two squares!

Personally, I’ve always wanted a Polecam. But at $30K it’s a pipe dream for me. 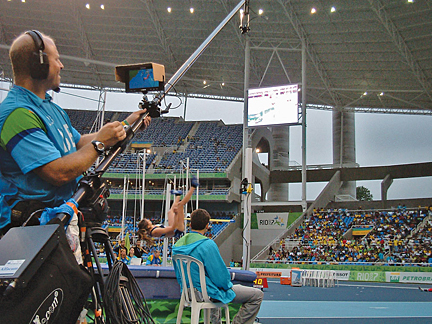 The real Polecam.Pity about the makeshift cardboard sunshade.

I put Susie on it with either a Raynox 0.66 wide angle or the simply amazing Raynox DCR-FE180 fisheye. We mount it on the back of Tricia’s pickup with tie downs. I move up four squares. Exciting, isn’t it? 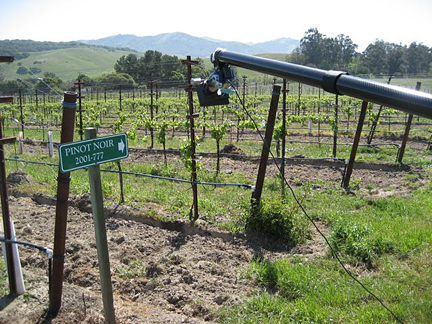 We’re now down to about $3,500 in the kitty. I’m assuming you have bought some wide angle attachments and a matte box and sun shade. You have, haven’t you?

You couldn’t do worse than buy some reflectors, a step stool and blackout aluminum foil. Maybe a good diversity radio mike or a rifle mike like an Sennheiser ME66/K6 with a good windscreen — just $500 at BHPhoto . 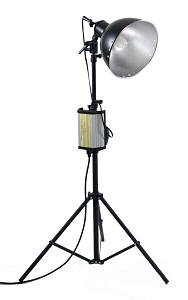 What about lights? I love my Alzo HMI here. Just $182 complete with a 150-watt lamp that’s the equivalent to a normal 800 watts and balanced for daylight at 5200ºK. I use it on location or for shooting inside daylight-lit rooms. 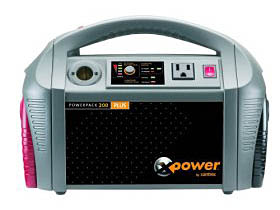 Couple the Alzo HMI with a Xantrex Powerpack 200 Plus here. Terrific for taking on location and shooting outside anywhere. I don’t know how long the internal battery lasts as it’s never died on me. The amazing thing is that it’s only $66.99 on Amazon complete with internal battery, jumper leads and a tube to inflate your tires or clean the camera lens. If it had been made for the film industry, this battery to 110 volt power unit would sell at over $1,000. Why there are 12 volt camera battery belts at $1,400 — but useless for flat tires. Buy two.

For $250 you have BOTH an HMI location light and a battery pack. Move up another two squares. 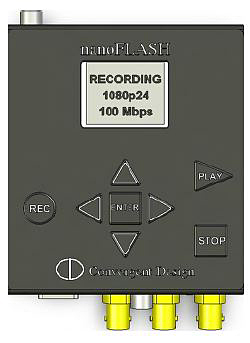 So… resist the temptation to upgrade. I did and got a 20ft pole camera and a solid-state recorder instead. Game, set and match!

You’ve got to admit that I’ve saved you a small fortune. Either you have enhanced your shooting package or you’ve have saved enough money to rebuild the kitchen. A bottle of Pinot to the address on my site would be appreciated.

This entry was posted in 2008, Production Notes. Bookmark the permalink.