SEBASTOPOL, CALIFORNIA, JUNE 2008. It’s 6:30 in the morning. I’m in a frost-damaged vineyard that’s being chopped down. It’s raining. I’m shooting in close to the vines.

Every time one gets the chop, it collapses on me. I’m drenched; so is the camera. The lens needs to be dried after each shot. The DOF is four inches. Autofocus is on holiday. The viewfinder has fogged out. If the shot hasn’t got water on the lens, it’s out of focus. 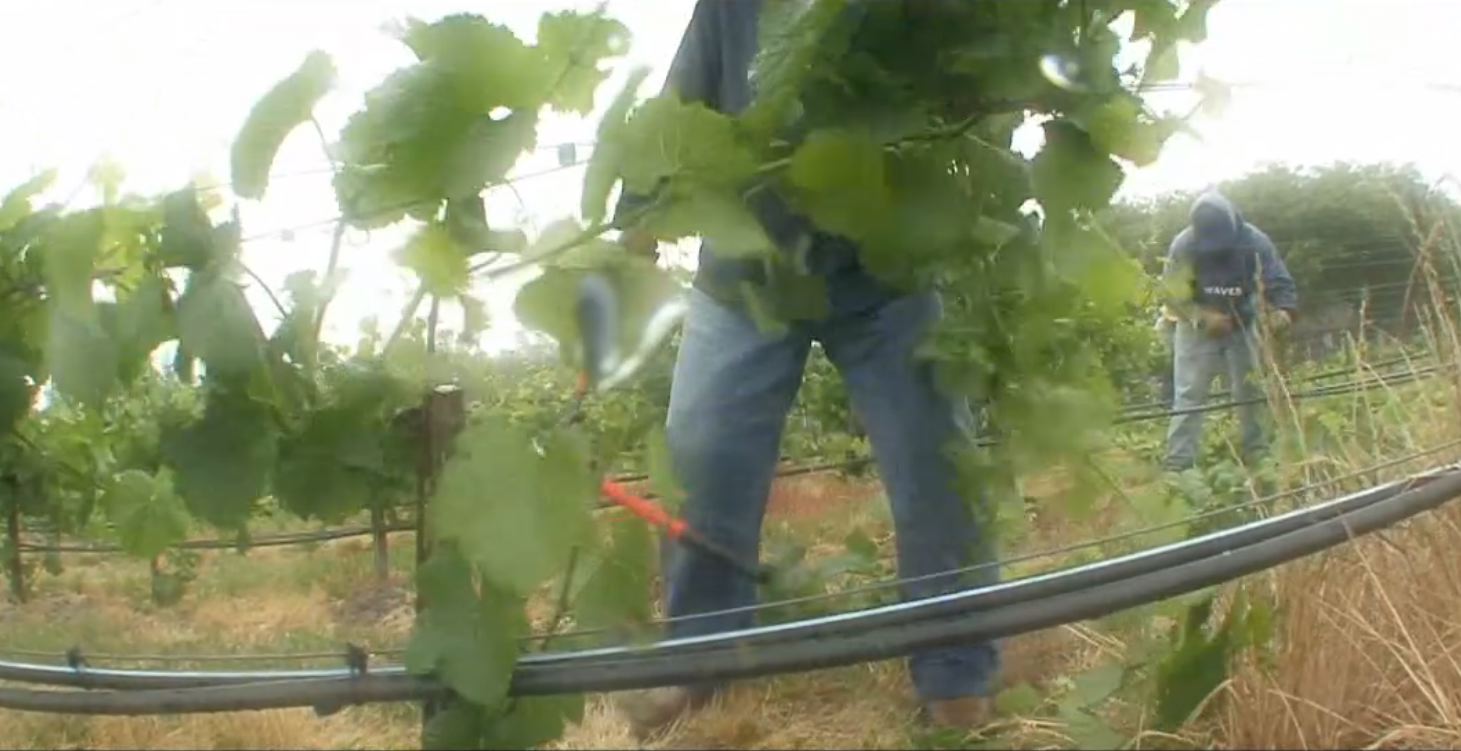 Way at the far end of the vineyard is Roman, my 20’ Pole-anski. Up high on Roman is another rain-soaked Sony V1. It’s meant to be taking one frame every 30 seconds but has decided to do its own thing and flipped over to a normal frame rate.

After four hours of shooting, I have three tapes with totally useless shots. My cell phone rings. It’s some guy called Oren. Can I give a talk to the Bay Area Professional Videographers? Huh?

“Perfect. That’s exactly what we want you to talk about — screw-ups.”

“Let’s call it ‘creative ways of dealing with problems.’”

HEALDSBURG, CALIFORNIA, JANUARY 2008. Friends, I can’t go on as Mr. Screw-Up. Here’s a job that went really well. You remember that I did a helicopter shoot for The Band of Pomo Indians. (Yes, you do, it’s in DV, May 2007.) It was for a new resort in Sonoma.

In ’07, they only had architectural plans, now they have a model of the resort. It’s not a big model. In fact, it’s only two feet square. I need a periscope camera like the one that shot my infamous Alveston Kitchens commercial (see here). 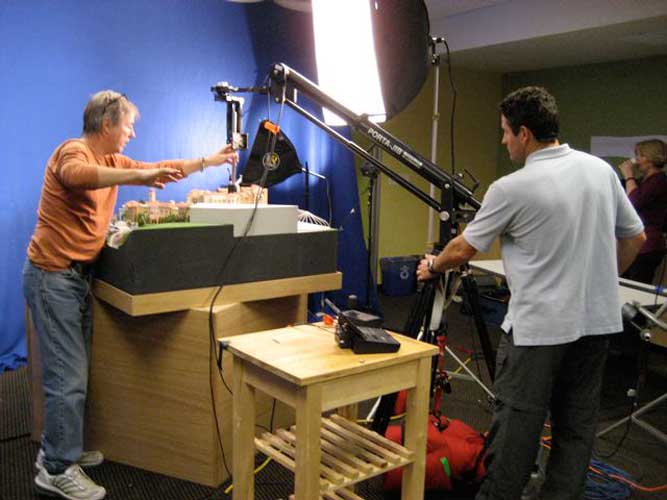 The periscope lens comes perilously close to our $60,000 model. 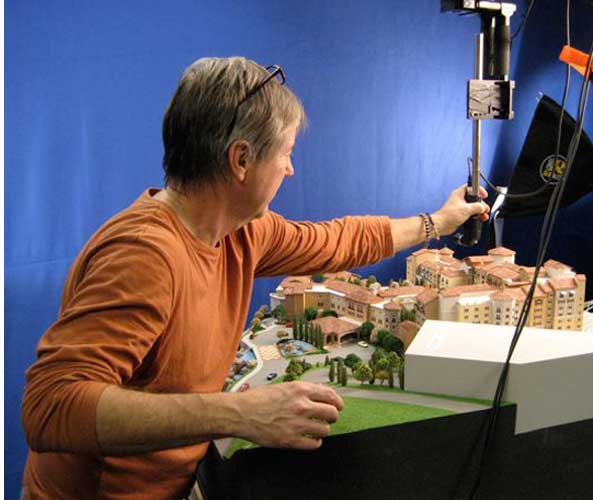 After searching around the Bay Area, I decide to use Innovision Optics in Santa Monica. Its founder and owner, Mark Centkowski, agrees to be cameraman and TD. He flies up with his precious periscope lens while his regular kit is FedExed.

My fixed lens HDV camera is useless for the periscope. I rent a Panasonic HDX900 and a Porta-Jib from Studio B in Berkeley.

Mark, an L.A. boy, suggests shooting the model outside. Sonoma county, outside in January!

“No go, Mark. It will rain.” I’m wrong. It doesn’t rain, it pours. We shoot in the Pomo’s conference room.

Tricia buys 40 yards of blue material from Jo-Ann Fabrics and sews a “chromakey” cyc to hang from the false ceiling grid. Couldn’t be green as the model is full of miniature trees. We lift the $60,000 model from its display case to Mark’s turntable. (Can’t be an Alveston Kitchens shoot where the lens hits the product.)

NOTHING’S WRONG … WHAT’S WRONG? The camera operator from Studio B takes me to one side. (WHISPERING) “We’re missing a part.”

“The jib arm. It’s coming up from Berkeley now.”

“The jib arm? No worries. We can do tripod shots while we’re waiting. I feel better now.

I wish I’d brought more lights. Foolishly thought, “It’s a little model. Won’t need much light.” But model shots need depth. Depth needs a high f-stop. My normal shooting style is wide open at f/2, but Mark wants f/8 to keep it all in focus. I’ve got loads of lights including an HMI way back at base. Why didn’t I bring them?

A screen grab of the Shake workspace. Three small icons on the right are the foreground with the blue cyc, the BG of the view and the matte to protect the blue waterfall.

SUCCESS, IT KEYS! Wow! God bless Ultimatte and Shake. It keys. A week ago I did a pan of the resort’s view. Today it’s my background in Shake. I vari-speed it to match the speed of the rotating model. Render out in DVCPRO HD. Terrific! It looks like the camera is flying around the resort.

My client is thrilled. I am too. No more Mr. Screw-Up!

You can see the result at here.