The solution is IIWDFI. Who needs that upgrade? Not me…

Microsoft Office 2004 suits me fine. I make my Web sites with obsolete Adobe GoLive CS2 and still use Visual Hub even though it’s a dead as a Dodo. 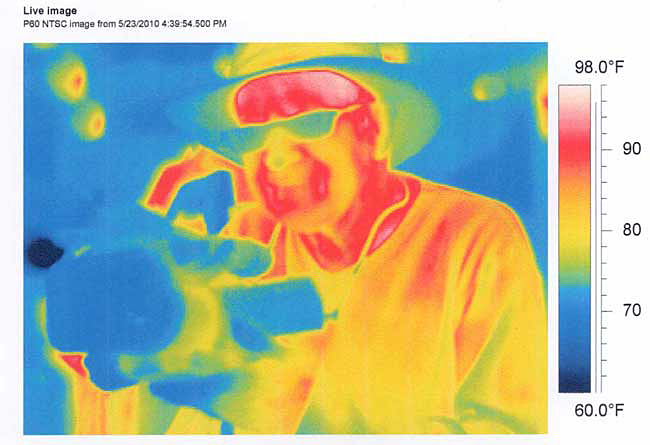 I’ve got two V1s. I need two as I’m always doing multicam shoots. Should I upgrade? No — well, not just yet. You see, I have this very simple “Four Times” rule: An upgrade can’t be just twice as good; it’s got to be four times better.

I’m not the only one who uses it: The new iPhone 4 has four times the pixels of the earlier iPhones. (Hey, Steve, that’s my rule, I thought of it first, 30 years ago.) 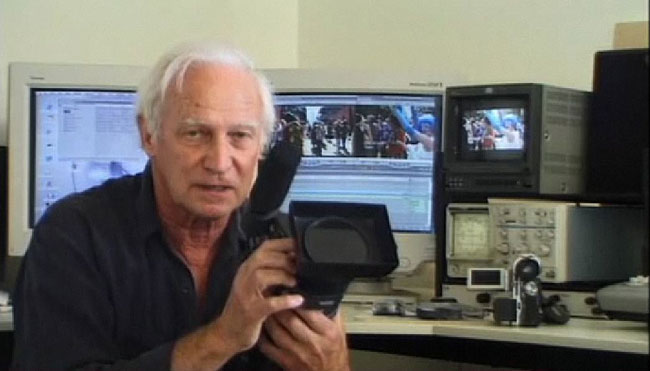 My previous camcorders were a Sony PD150 (PAL and NTSC) and a Sony PDX10. Both standard-def. The PDX10 was my favorite. It did 16:9 native widescreen, while the more expensive PD150 needed an anamorphic attachment.

For a couple of years I had the use of Burton’s two Sony HVR-Z1s. They’re HDV cameras and I really enjoyed using them until I was fired by Burton. He hired a different cameraman, fired him and then re-booked me. I’ve been fired three times. This year, I’m in favor again. I made the Susanne Somers video on his Web site.

MOVIN’ ON UP
In late 2006, with the apparent loss of Burton, I needed to upgrade from SD to HD. Buying the two HVR-V1s was a no brainer. And yes, they were four times better than the PD150/PDX10 combo.

What happens? After a year, Sony brings out the PMW-EX1. I’m very pissed. At least with Apple, you know that next year there’s going to be a new iPhone, but that it’s not an $8,000 upgrade.

I look at the EX-1 specs. The data rate is up to 35Mb/s compared to my V1s 25Mb/s. That’s not four times! The chip is bigger, but not four times bigger. Nowhere is anything four times better. I contact my camera guru, Adam Wilt. He says, “In most real-world situations they’re very hard to tell apart.”

I give in. Back to IIWDFI. I sit on my hands.

UPGRADING: THIS AIN’T NO FUN, SON 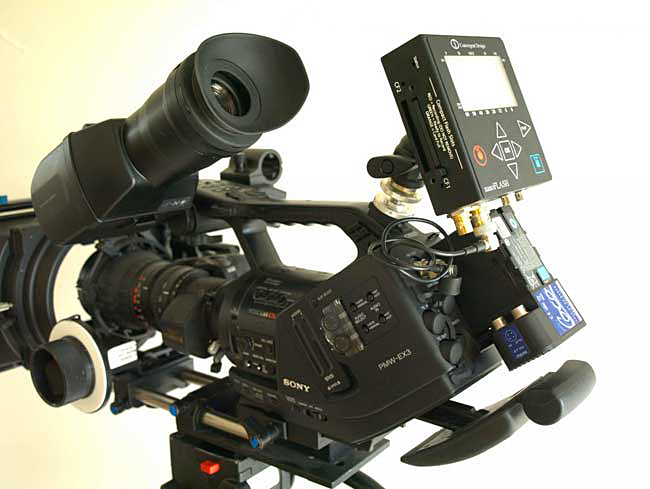 A Convergent Design nanoFlash unit mounted on a Sony PMW-EX3.

Maybe a Convergent Design nanoFlash? Hmmm — I could add that. The Sony V1 has an HDMI port that gives out the purest video, you know, full of good old-fashioned 4:2:2, exactly the thing you need for excellent chromakey. NanoFlash records to a CF card at over 100Mb/s. Four times the HDV’s data rate of 25Mb/s. Fits into my Four Times rule.

GOT THE ITCH, I’M TWITCHY
We’ve got two big jobs coming up that are all greenscreen. I have a MacBook Pro, there must be a way to feed my camera’s HDMI output to my Mac.

A couple of years ago, Matrox brought out their MX02. Like the nanoFlash, it takes the HDMI camera output, but instead of recording to CF cards, it records straight onto a MacBook Pro via the Express 34 port. DV magazine’s, Ned Soltz reviewed the MX02 here. He gave it an Award of Excellence. I’m sure it’s a great product.

But… I have a totally unreasonable grudge against Matrox.

In 2004, I bought a graphic card, the Matrox RTMac. Along comes Mac OSX 10.4 (Tiger) and Matrox walks away. No support. Sorry. Bye. We don’t care. The card dies. I’m left with a year-old $700 card that doesn’t work. $700 straight down the drain! I am not alone. Full credit to Matrox for leaving these disparaging remarks on their own site (or maybe they just don’t know). Despite Ned’s glowing review, it will be a while before the pain has gone. I forgive slowly. Give it another 10 years.

THE CAVALRY IS COMING
But wait! AJA Video Systems has a competitive box, the IoExpress — and it’s only about half the price of the original Matrox. 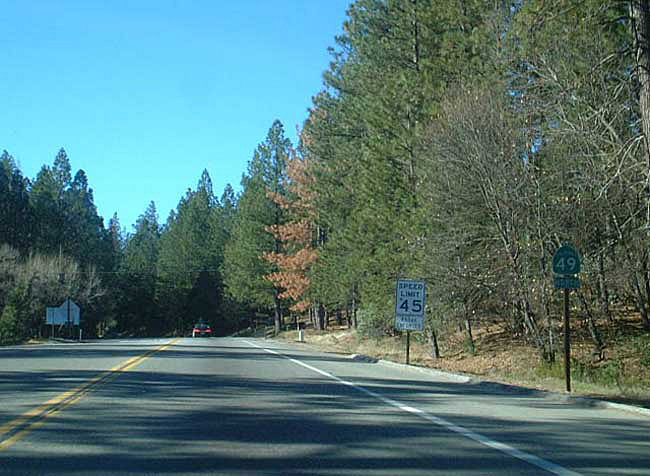 The road into Grass Valley, CA. Mmmm… smell that pine.

I get a good deal from Dan at Markertek. If the AJA Io box doesn’t work, I know Dan will take it back. A day after my order: Knock, knock. The FedEx man always knocks twice. Camera out. Wire from camera to AJA. Wire from AGA to MacBook. Switch on. 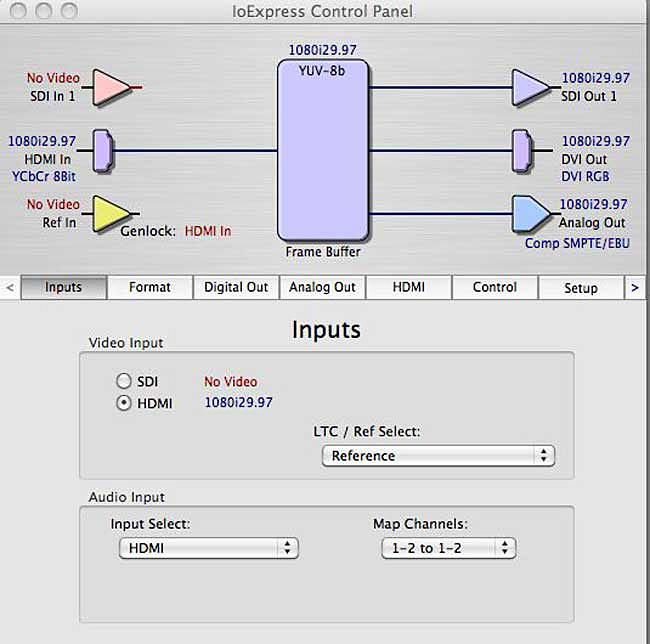 The IoExpress panel says there’s an HDMI camera signal there. But will it work in FinalCut Pro? I read somewhere that MacBook Pros with their duo-core processors cannot capture HD ProRes. We’ll see…

My shoot in Salt Lake is only two days away. I keep testing. I try a 30-minute recording. Perfect! Try a little edit. The day before the flight, I have it all out again — test, test, test.

THE LIFE OF BRINE 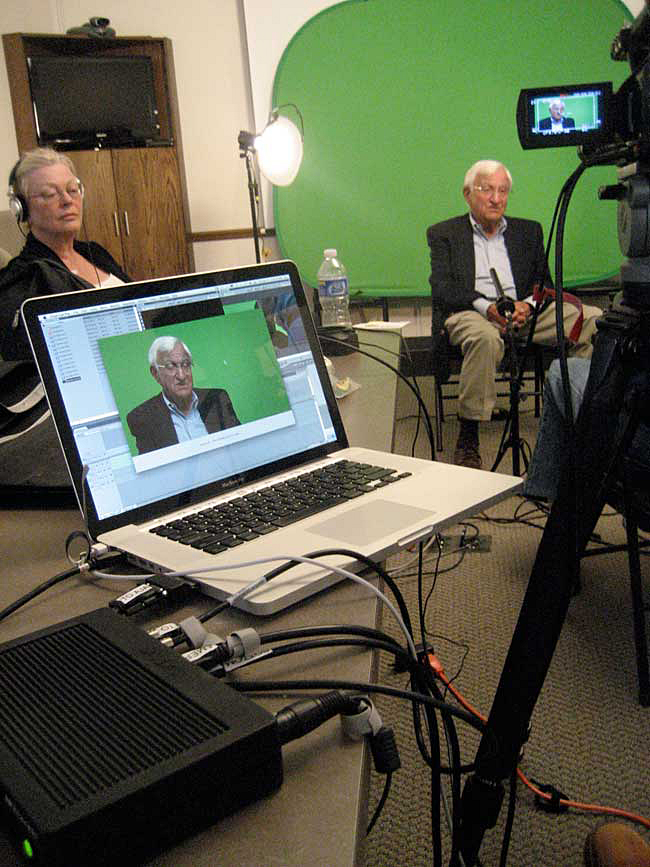 We’re on the shores of the Great Salt Lake in Utah, working for the company that “harvests” the salt and turns it into fertilizer. They’ve located the company’s founders and flown them in. My colleague, John, likes long interviews. My MacBook has 250GB of free space on its drive. I’m running tape as a backup. By the end of the day, I’ve shot five 63-minute miniDVs and recorded just over 200GB on the laptop. 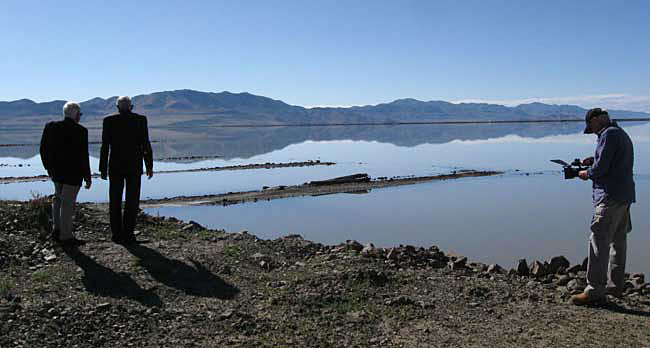 The company’s founding engineers go back to the spot where it all happened 40 years ago.

The next day I’m shooting on the lake. I shoot to HDV tape. It’s impractical to record to an open MacBook. I wish I could – but I can’t. Maybe one day…

That night at the Ogden Holiday Inn Express, I transfer the MacBook shoot to a FireWire WeibeTECH enclosure with a 500GB drive. John likes to review his interviews and create his own sub clips. In the old days (like last week) I’d have to transfer five hours of tape to disc. Now, I just give him the drive. To sum up: four times better picture quality and five hours of transferring saved.

BACK HOME
How do you use a MacBook with the lid closed? Google. It’s called “clamshell mode.” Of course. You need both an external keyboard and external monitor — that’s it. Close the lid, tap the keyboard and wake it up again. Oh, it will only work with an external power supply. Bummer. That’s a real challenge.

I fool around. Get nowhere. Give in. Buy a battery from HyperMac. Now it works with the lid closed. Did anyone say “clamshell”? Good. One down.

I move my efforts to the external monitor problem. The MacBook is closed but I’ve got to see the FCP capture window and be able to start and stop the recording.

I’ve got a HD Ikan VX7 monitor. Maybe I could switch between MacBook VGA output and the camera’s HDMI. Naw, it just ain’t elegant. 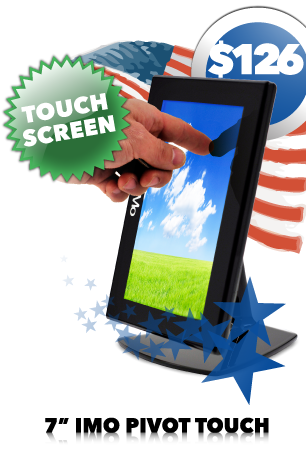 Then I find the Mimo USB touch screen monitor. TOUCH SCREEN and only $126. I can float a virtual keyboard over the FCP computer display. Getting a working keyboard on the MacBook screen is easy. Go: system preferences – keyboard – show keyboard in menu – (from top bar menu bar) show keyboard viewer. Voilà! A touch screen keyboard. Who’s a clever boy?

I map open capture window (command 8) to F11 and record (shift C) to F12. In theory it should work. The monitor is coming UPS Ground. Scheduled to arrive Thursday.

BLACK THURSDAY
My junk e-mail exceeds my good email by 10 to 1. Even my good e-mail has a request from an unknown person to be my friend on Windows Live.

The iMo touch screen monitor arrives. I set up my camera, MacBook, AJA Io, HyperMac battery to try it out. The new monitor is in a sealed box that refuses to open. I need a box cutter. Once open, I discover another box inside. The instructions go like this (their spelling not mine): Besides, the controller identification and deviceactivation shall be done first.

The next three hours are spent with the iMo manual, “when user use a mouse in the controller list window.” Huh? I need some fresh air and a stiff drink.

I visited Moscow some years ago. The lady who invited me takes her boy friend and me to a Russian steam bath. Within minutes I’m in a hot, steam-filled room, face down, stark naked, being whipped with birch branches by her naked BF. When he’d finished flogging my back and buttocks, he says, “Roll over,” and proceeds to whack my sensitive areas. Ouch! Finally, we jump into a barrel of ice-cold water. That’s exactly how it feels when installing the iMo touch monitor, only worse.

By 11:30 that night it’s barely working. The virtual keyboard doesn’t like the iMo and has lost all the letters on the keys. Doesn’t like my finger either, prefers a stylus… The FCP capture window keeps wandering from the iMo back inside the closed MacBook. Aaaahhh!

TGI FRIDAY
In case you’ve lost the plot: I’m trying to build a location recorder using my camera HDMI output to my MacBook Pro. The battery part is easy, getting all working in a streamlined, sling it over your shoulder — pressing the red button to record is tough, maybe impossible. Clamshell mode, touch screen monitors, virtual keyboards – all useless. I may be crazy but not crazy enough to know when I’m beaten. This is not it! Time to walk the dog. 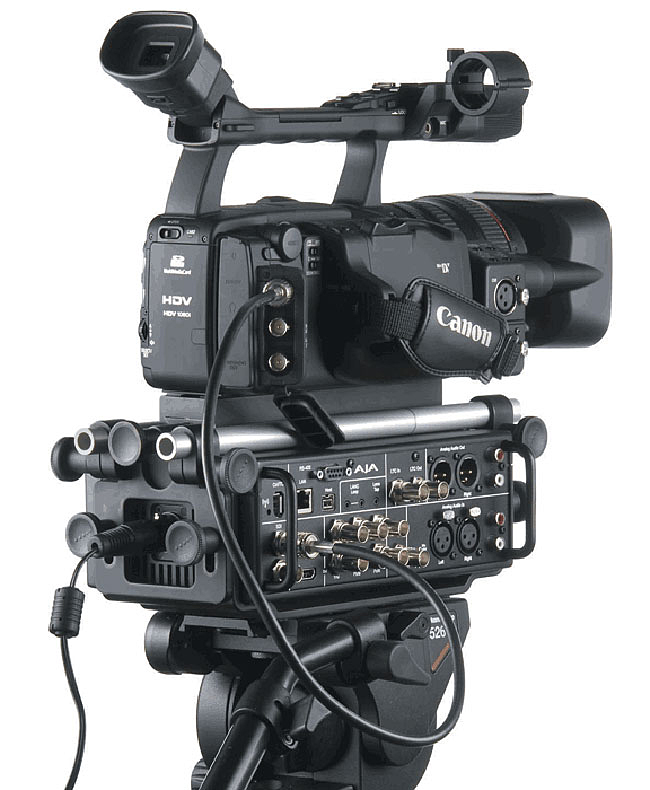 Oh dear, why didn’t I buy an AJA Ki Pro recorder? I know why: It’s $3,995. I spent just over a quarter of that and the end result is almost the same. It’s the reverse of the four times rule.

So I have to use my MacBook with the lid open. Big deal. A minor setback to a huge breakthrough. Now I can record stunning ProRes 422 (LT) direct to FinalCut Pro on my laptop. My chromakey composites are amazing.

It’s a temporary solution anyhow. One day there will be a camera that records ProRes 422 at 100+ Mb/s without a $4K Ki Pro or a $1K Sargent lash up.

Wait on, there is: 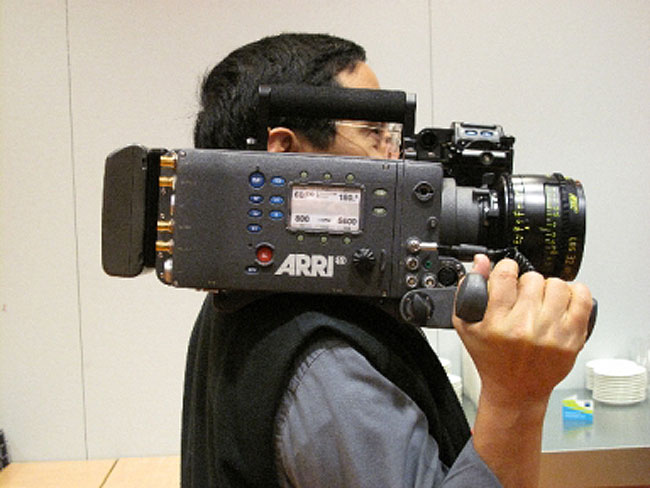