READY STEADY GO
Elkan and I had great times together. I’ll never forget the first time I almost met him.

It was a rainy Friday night in London – I even know the date, March 20, 1964. The place: the pub behind Rediffusion House; there he is surrounded by mini-skirted girls; Elkan, the center of attention.

I’m a cameraman at ITN, a news organization, based on the top floor of Rediffusion House. My colleagues have taken me out of the building through a side exit as the street is blocked by police, screaming fans and film crews. It’s called, Beatle Mania.

I enter the crowded pub, see the girls, the commotion, “Who’s that?” “Elkan.” “Who?” “You’ve never heard of Elkan Allan! He’s the producer of Ready Steady Go. “

That evening Ready, Steady, Go, broadcast live from the basement of Rediffusion House, has featured the Beatles singing “Can’t Buy Me Love”. 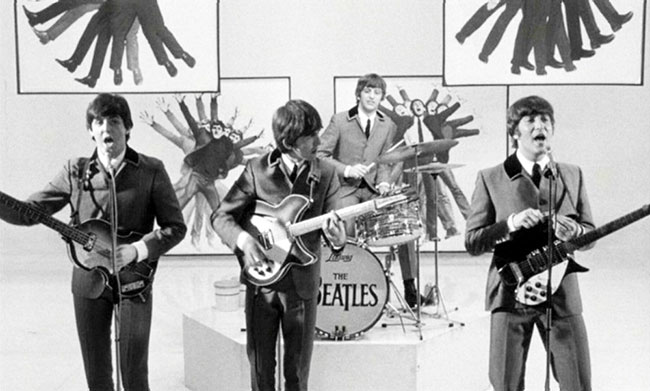 A week later I’m with the ITN film crew sent to cover the filming of a Hard Day’s Night. We’re at the Scala Theater in London’s Charlotte Street. The Beatles are on a stage decked out with white Formica. We finish shooting the ITN news report. “Can I stay on?” “Sure.” I spend the rest of the day watching the Beatles rehearse, Dick Lester directing and the feature film crew at work. Bliss…

It’s 1982, eighteen years later.  Elkan is in my office at Molinare. C4, Channel Four, a new independent broadcaster, are soon to be on air. Unlike the BBC and commercial TV stations, C4’s charter is to commission all programs from outside contractors.

Elkan wants to provide the C4 weather. “The weather, Elkan! Are you crazy?” “No, dear boy, they need to buy it in and someone has to provide it. The Met. Office has all the data. Your company, Molinare, has the latest technology.” 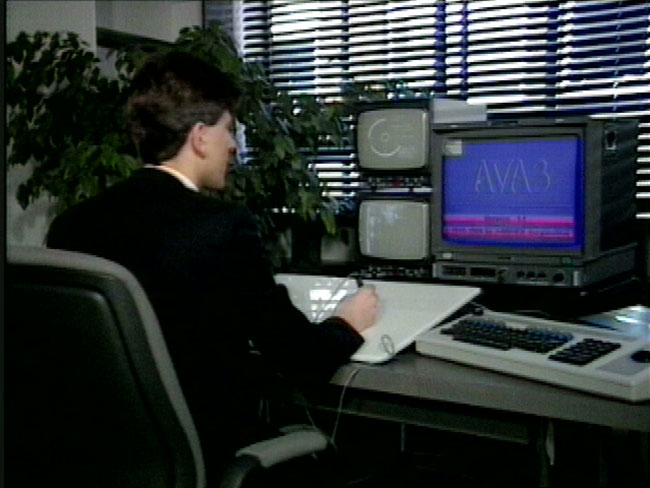 Yes, we have AVA, Ampex Video Art™, today’s most advanced electronic painting and animation device. His idea is to animate the weather. Don’t forget this is 1982, the BBC are using cardboard clouds.

Our computer graphics guy, Paul Docherty, creates a demo three minute broadcast with music and voice over. We all go to see the new Head of Programs at C4. The U-Matic tape plays in his office, then, on cue, the tea lady comes in and plunks the tray down right in front of the monitor. She spends the next two minutes blocking the monitor pouring tea. “Let’s run it again.” “No, I get the general idea. Enjoy your tea, I’ve a meeting to go to.” Grrrrr…

1992 – there’s no stopping Elkan. By now I’m running Spitfire Television. “Stefan, here’s an idea. Why don’t I go to Rhode Island and get the tapes of Claus von Bulow’s two trials.  Columbia TriStar can release our documentary with the feature film version, Reversal of Fortune. 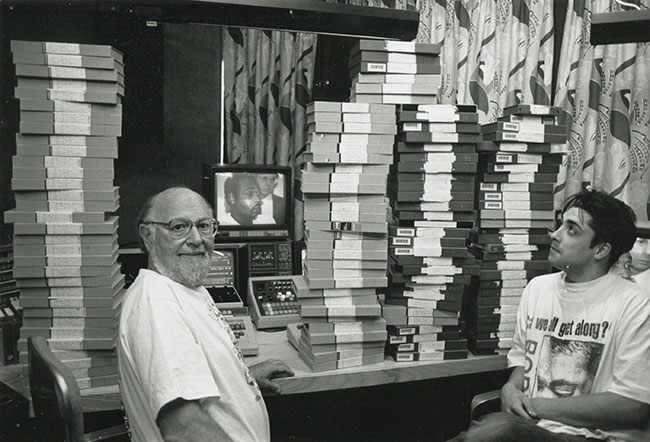 We make the documentary, The Trials of Claus von Bulow, they buy it and love it. We make three more trials, William Kennedy Smith, Jeffery Dahmer and LA Cops on Trial with Rodney King.

My Fab Four: Claus, Kennedy, Dahmer and King. Every month I get royalties from Amazon.

Thank you Rodney. Thank you Elkan.