NO SHOES IN DOME PLS 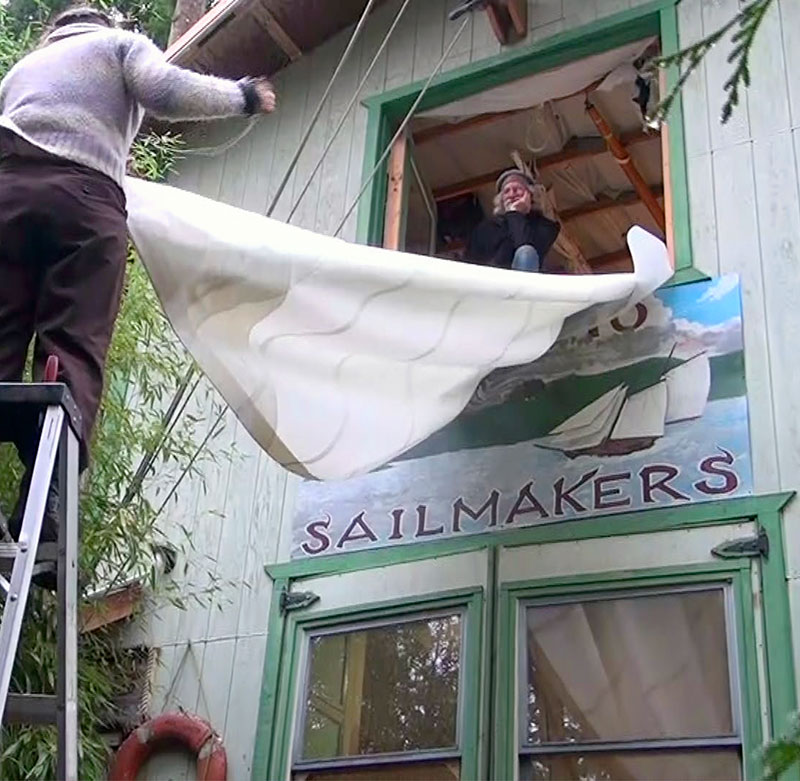 Nahja, on the ladder, is stretching the sail she has just sewn. Wayne is dreaming of going back to sea.

WELCOME TO WAYNE’S WORLD
Out of bed at 4 a.m.; 90 minutes later I arrive at SFO. I’m going to Seattle. SFO has just three domestic terminals. I’m off the Marin Airporter at terminal 3. Nope, Alaska Air is in the international terminal. Huh, Washington left the Union already? At international, I meet a fellow traveler. “Going to Seattle? Follow me. It’s A4, at the far end.”

“I think A4 is the gate. We need an aisle number.” I’m right; it’s aisle 17. U-turn, walk to the other end. My Fitbit is working overtime.
Seattle airport is a disaster. Nothing is close and easy. Where’s Alamo? One train, one bus and way over there and down three floors. Fitbit says 7,520 steps and it’s not even 11 a.m.

I drive my red Hyundai to the Seattle Ferry Terminal. Credit card payment and onto the ferry to Bainbridge Island. 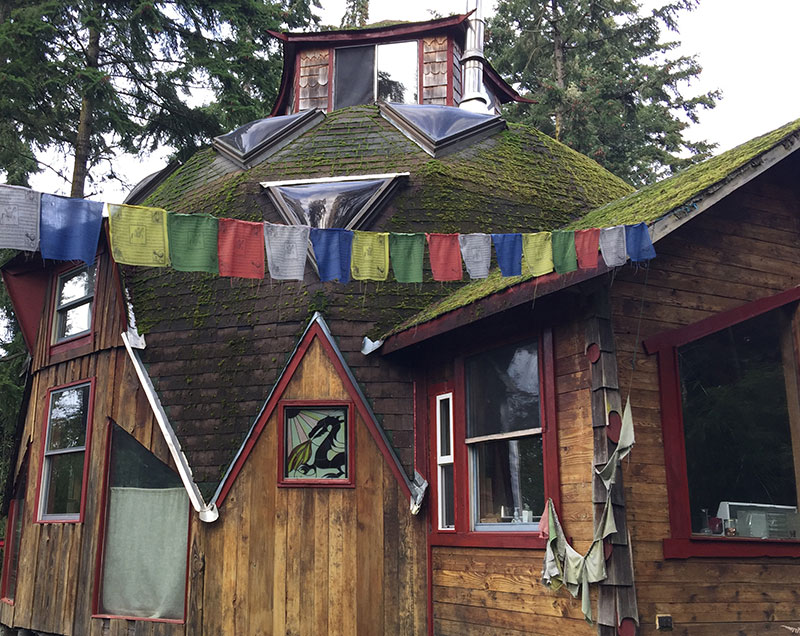 R. Buckminster Fuller would be proud, but where’s the loo?

Driving from Bainbridge to Port Townsend is a long, beautiful jaunt through tall forests and pouring rain. I need to be at the rec center basketball court at 3:45. A miracle, I arrive at 3:40.

Right on cue the basketball players leave and the sail-making team arrives: Wayne, Nicole, and daughter Nahja, plus six helpers. Wayne is marking out imaginary sails on the basketball court floor with thumbtacks, string and chalk. Dacron rolls are unwound, cut and stapled down. Bit by bit, long canvas strips form a sail.

Now to drive to Marrowstone Island, just two islands away, where Wayne and family live. Yep, even more bridges. We arrive in the rain after midnight. 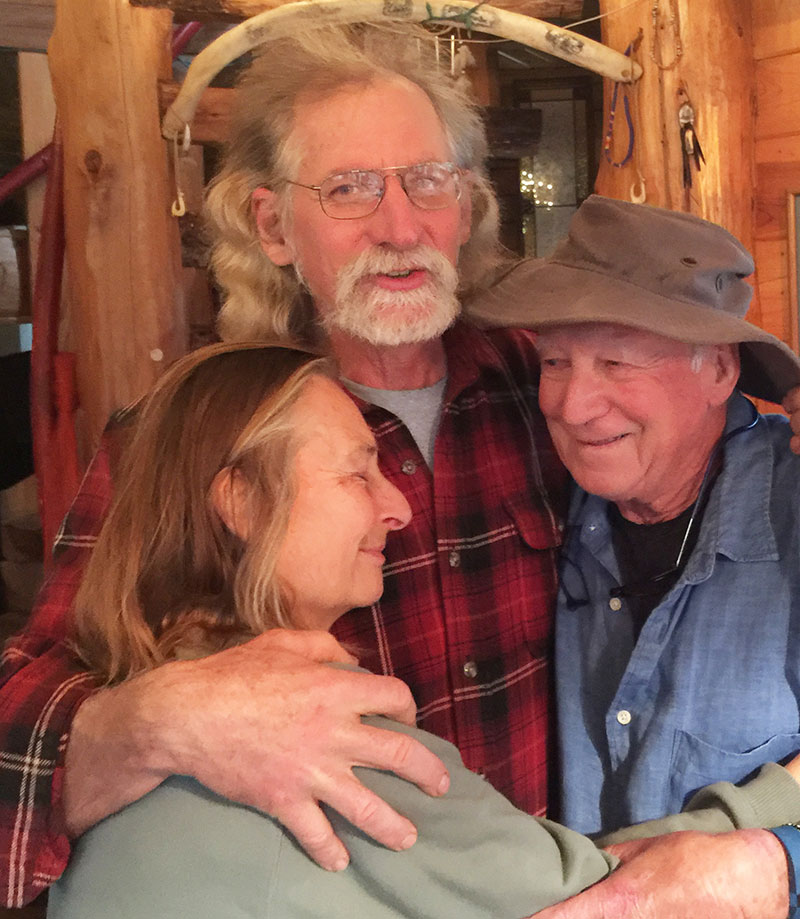 My very own geodesic dome. Wayne built it himself. Am I dreaming or what? There’s a spiral staircase to a mezzanine floor and my bed.

No toilet. Pee outside. In the middle of the night, down the spiral, in the rain? No way. There’s a metal bucket at the end of the bed. I test it out. Fall into bed, fully dressed.
Zzzzzzzzz…
I spend the next three days in my dome. The Marrowstone locals come over. We have a party on Sunday. Wayne tells seafaring stories better and wetter than mine: how he was the mate on Mel Gibson’s 1984 movie Bounty, adventures on various tall ships he has piloted, why he only works in winter. (“Because summer is for sailing.”)

“Wayne, have you ever written a book?” “Yes, but not about ships and the sea. It’s about a 500-mile walk across Spain, Camino de Santiago. I’ll give you a copy.”

HOME AGAIN
And then it’s over. I arrive home refreshed as if from a good holiday. Tricia and I have dinner. “What news while I was away?” “Nothing much, but I was wondering, have you heard of Camino de Santiago? It’s a pilgrimage. I want to do it.” “Have I got the book for you.”

This entry was posted in 2017, Production Diary, Uncategorized. Bookmark the permalink.