LETTER TO DESMOND From Stefan with Love

I’ve just written a piece about shooting Kaper Kops back when. I thought you’d like to read it. Then I looked you up on Wikipedia and discovered that you were dead:

Desmond Tester (February 17, 1919 – December 31, 2002) was an English and Australian film actor and television actor. Among his most notable roles was that of the ill-fated boy Stevie in the Alfred Hitchcock film Sabotage (1936). 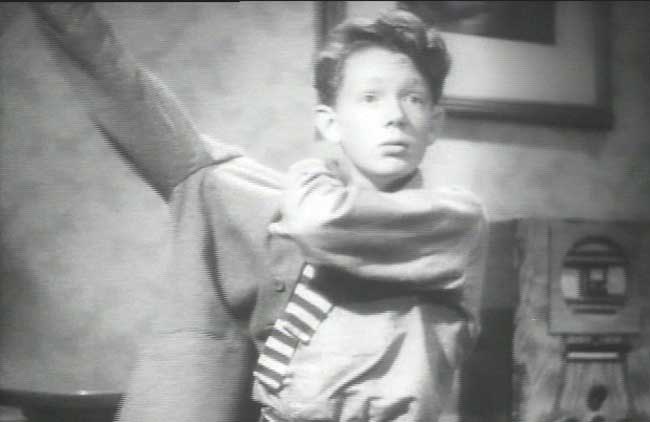 I feel bad that I didn’t keep up our friendship when I had the chance. Here’s the article:

TCN CHANNEL 9, SYDNEY, AUSTRALIA
I’m working as a junior TV director at J. Walter Thompson. By chance I make a commercial that is so good it knocks the one made by the agency’s head of television off the air. He hates me. I’m moved to a small office and given no work. Time to go…

I contact the station manager at Channel 9. He finds some space in a garage built as a prop for Aussie gas company, Ampol.

I move in and discover I’m sharing space with Desmond and Miss Penny, that’s the entire Ch. 9 children’s department.

Desmond, the local host of The Mickey Mouse Club, asks me to shoot a weekly, three-minute show, The Kaper Kops. 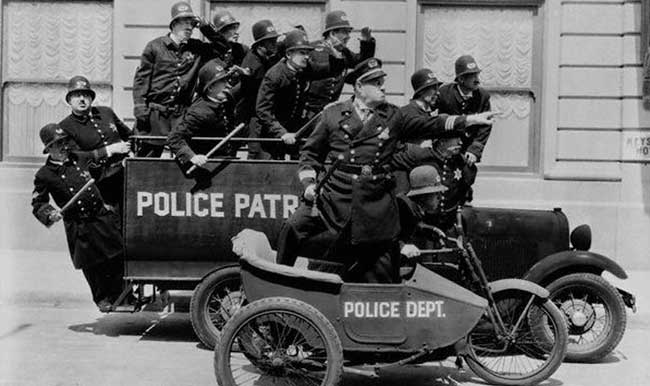 Mac Sennet's Keystone Kops (1914) the inspiration for the Kaper Kops

YOU CAN’T BE SERIOUS
We have just one roll of 16mm film to shoot each episode.

“Right, we have no editing.”

“No, we shoot in sequence with no editing.”

Shoot in sequence — no editing? “What happens if there’s a mistake?”

“No retakes. Wait and see. Once you know everything is take one, mistakes don’t happen. It’s like live television, only on film.”

WIND-UP CAMERA
I shoot at 8 frames a second on a Bolex clockwork 16mm camera. TV in Australia is 25 frames a second, so everything is speeded up by three on playback. Nine seconds of real-time live action is condensed into three. 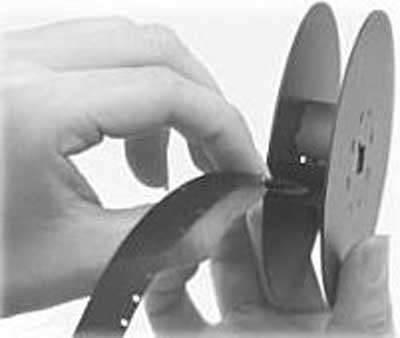 A 100 ft. daylight loading spool is really 110 ft. I set the counter at minus five feet, thread up the camera in broad daylight, close the camera side door, and run on to zero to get rid of the exposed bit. We shoot live action to 100 ft. on the counter.

There’s really have another five feet inside there, but it’s going to get fogged on the way out. I keep running until — clickerty, clack — the film runs out. Open up the camera, lift out the now full take up spool.

SHOOTING BY NUMBERS
Desmond is the sneaky crook, Slippery Sam.

I need a 3 sec. shot of him checking out the jewelry shop. I shoot 9 secs. @ 8 fps. Great, that’s our opening. The next shot is — our next shot. Reverse angle as Desmond puts on his mask and runs into the shop. He robs the jeweler. Shot of him running out. Jeweler phones the Kops.

Now we shoot 20 ft. of the Kops getting the news, driving and spotting the crook.

“We’re on 40!” Time for the chase. Desmond steals a bike. He can go places that the Kop Kar can’t go. I take alternate shoots of the Kops giving chase and Desmond escaping them. 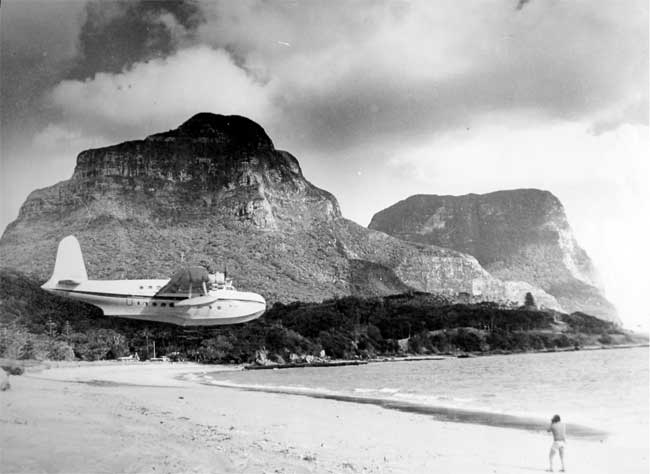 At 60 ft., Desmond aka Slippery Sam, arrives at the Rose Bay flying boat airport. We have a title card. FLY TO LORD HOWE ISLAND. I do a takeoff shot from inside the plane.
The Kops are on board too, looking for Sam. At 80 ft. we land in the lagoon.

Desmond, at the time, I thought you were eccentric — okay, nuts — it was only later that I understood your achievement of making a film with no editing, no wastage. I learned a lot from you. Thanks.